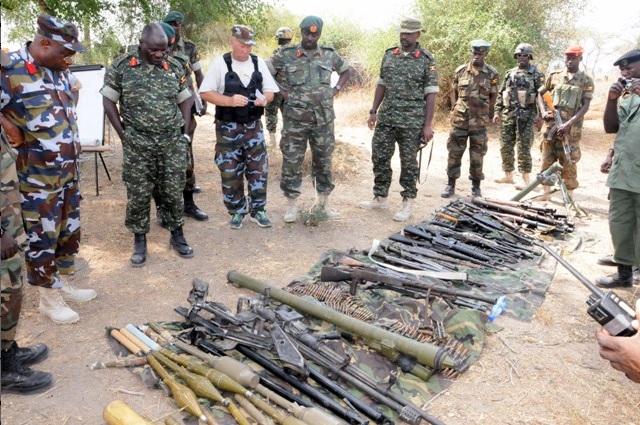 This post originally appeared at The Hoplite, the ARES company blog.  Seen at the bottom centre in the photo above is a 9K310 Igla-1 (NATO designation: SA-16 Gimlet) man-portable air defence system (MANPADS). The weapons pictured were purportedly captured by soldiers of the Uganda People’s Defence Force (UPDF) stationed in South Sudan to protect key […]

Anza Mk-II Man-Portable Air Defence Systems (MANPADS) have been observed in Libya. A source working with an NGO in Libya, who wishes to remain anonymous, sent me the images featured in this piece. These images were taken in 2011 at arms depots wrested from government control by rebel forces. The Anza Mk-II, developed at the […]