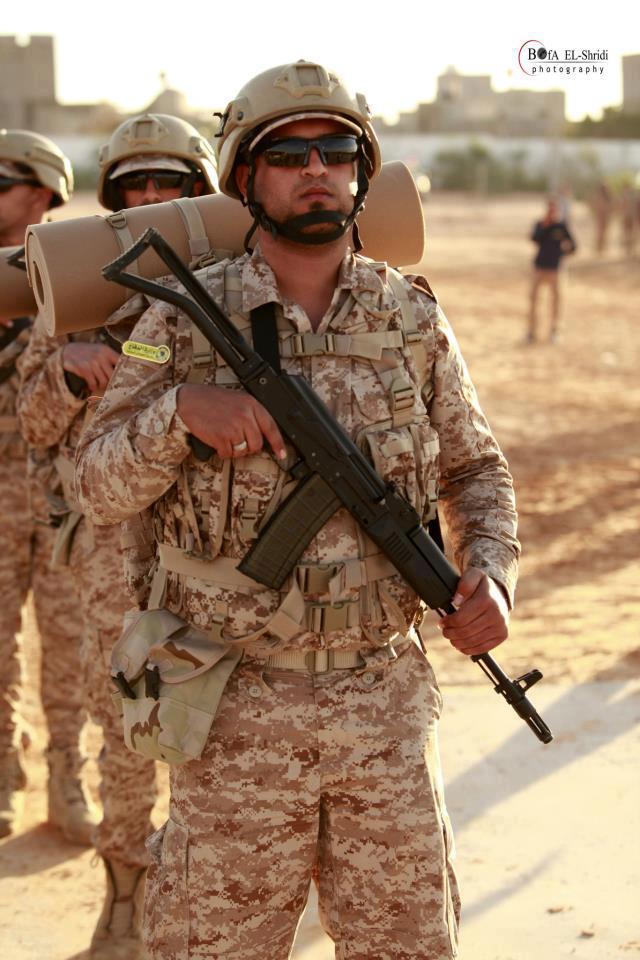 The image above shows members of Libya’s 11th ‘Lightning’ Battalion special forces armed with Arsenal AR-M9F assault rifles, in 5.56 x 45 calibre. The 11th Bn has ‘rapid response’ duties, as well as conducting close personal protection (CPP) details. From what I have seen so far, the first images of these rifles in their hands surfaced in May this year, however they may well have been delivered earlier. In earlier images, 11 Bn fighters appear to be armed with a typical mix of various AK and FAL pattern rifles. Interestingly, some modern Arsenal firearms were spotted in Libya towards the end of the conflict, which may have been an indicator of future deals.

Thanks to Jeremy Binnie for finding the images. All images from the 11th Bn Facebook page.

← UN report confirms use of CW in Syria
Which Light Weight Automatic Grenade Launcher for the ADF? →