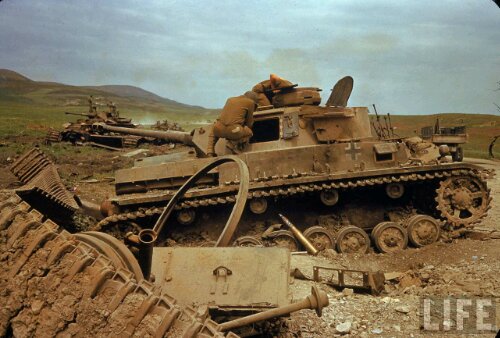 I am currently reading Peter Birchall’s The Longest Walk, a fascinating look at the world of EOD and related work in the British Army. It is a little dated (1997), but full of rich history, solid research, and amusing anecdotes nonetheless. One such anecdote highlights the importance of following basic safety principles, regardless of an operator’s experience.

A salutary story recounted by a member of the trade, who served in North Africa long after the end of the Second World War; one of his tasks was to make safe any old German equipment reported by the wandering nomads. One such reported a tank complete with the remains of its long deceased crew.

No one in the team was really keen to enter the tomb to remove the unused ammunition, so a few incendiary grenades dropped through the open hatch seemed to be an acceptable solution. The team then retired to the top of a nearby sand dune to watch the result. Most spectacular, until to their horror they realised there may have been one up the spout and their vantage point was in a direct line with the gun barrel… How it missed none can tell…